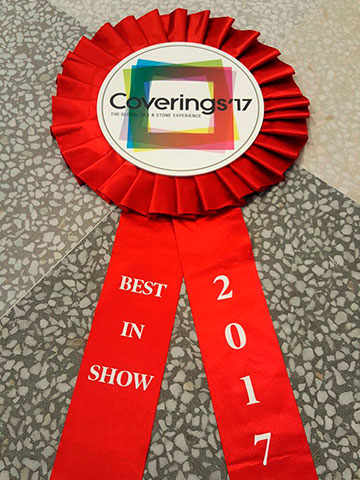 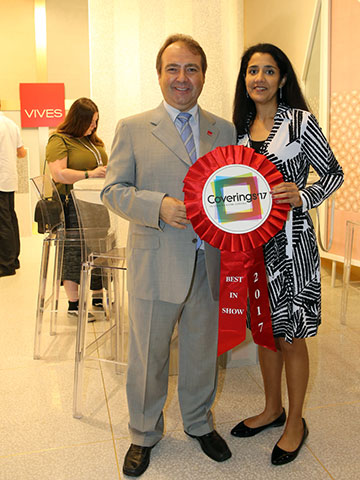 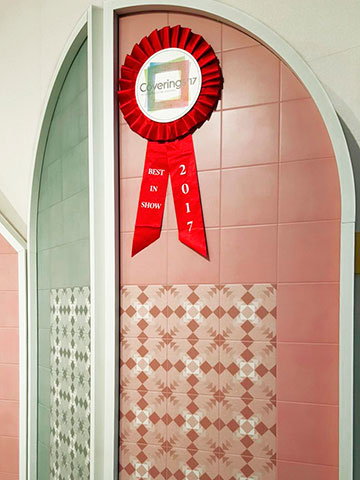 On the one hand, Coverings announced that VIVES were the winner of one of their Best Booth Awards recognizing the most striking booths based on their design, creativity, display of product, and overall presentation. From the more than 1,110 exhibitors in the fair, the panel of judges selected seven to win the coveted honor, and VIVES was honored with the “Boutique Design” award for an impressing booth design. 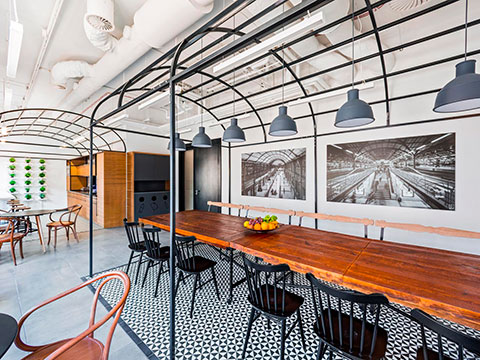 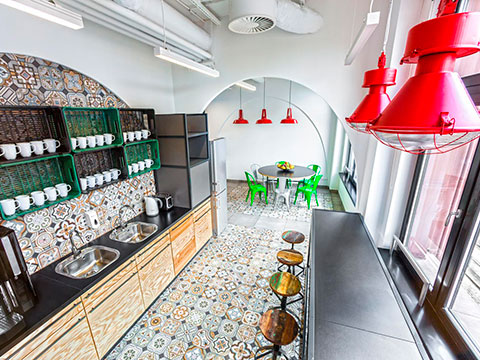 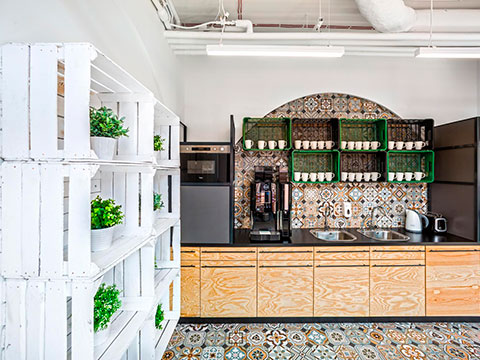 Moreover, the Coverings Installation and Design (CID) Awards which celebrate outstanding achievements in design and installation of tile in international projects also proclaimed VIVES to be a winner. One of the four winning projects belongs to the Modelina polish studio which used the VIVES ceramic products — Octogono Musichalls Multicolor and Terrades Grafito floor tiles— to decorate the Opera Software offices in Wroclaw (Poland).

Two recognitions in different categories that support the originality of the design of VIVES.